Welcome to Sammie’s Bar, the place where you can drink, laugh and laugh again! Sammie’s is a place for the locals to drop in and enjoy a night of comedy, drinks and being social. They can even step up to the stage and try their hand at some comedy!

I’ve always wanted to make a retro-styled environment that included neon lights and a variety of retro assets. I’ve come straight into the Rising Star Competition with this concept in mind. Throughout developing the environment, I’ve had a huge focus on the lighting as this is a big part of how the club looks and sets the overall mood.

I chose to develop a club that had character from aspects such as its branding and colour scheme to create a deeper story and to have a variety of areas to be attracted towards.

I’m really happy with how this project ended up. Although, there’s several areas where I could have improved…

First of all, the level of detail on some of the props like the bar and lamps could have used a higher resolution texture sheet and to be placed more appropriately so I could get more detail into each asset.

Also, in regard to texturing, I could have made use of texture packing to decrease the total amount of maps Unreal needed to use. Having certain textures within other texture outputs would also have made it easier to both import and plug-in to my materials.

Despite my planning at the start of this project, I still found myself looking at certain props in new reference material and putting them into my scene. Some prop examples of this are the bottles, ashtray / cigarette and glasses. I feel if I had planned more concisely at the beginning for smaller assets like these, I would not have had to consider them later as it meant going back and modelling props after the rest had already been made.

Considering what props are going to be focal to the scene would have been beneficial in the modelling stage as to consider the amount of tris needed in certain areas for a more realistic appearance. 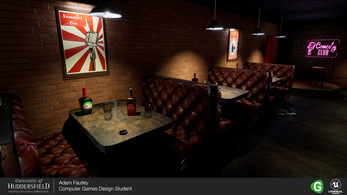 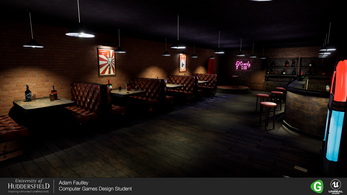 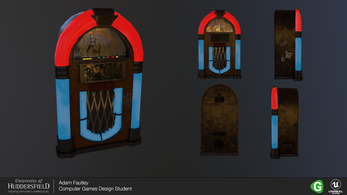 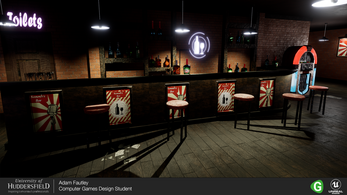 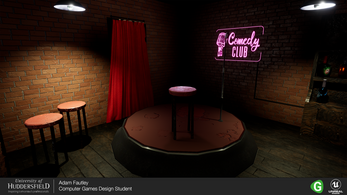 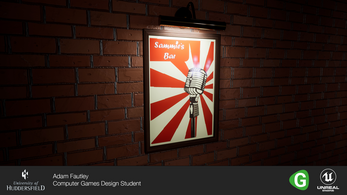